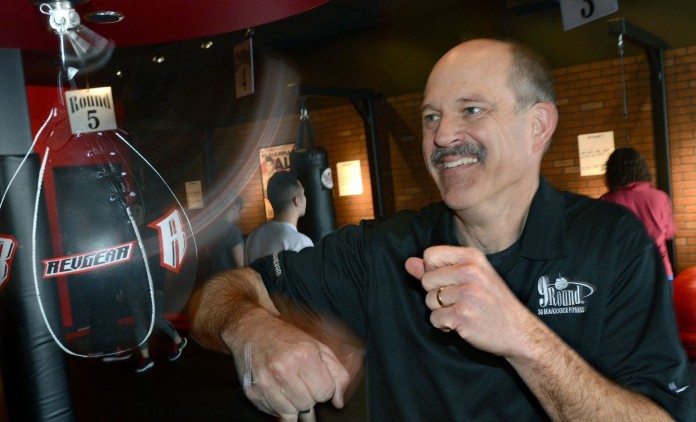 Boomers are able to use their IRAs to launch new ventures, thanks to the Roll Over for Business Start-ups program.

Dave deNeui had been thinking about investing in a franchise for “15 to 17 years” before the right opportunity – and the right circumstances – came along.

“I had the opportunity to be the first Papa Murphy’s franchise in Minneapolis,” he said, “and I passed because I couldn’t afford it. My kids have worked for the guy who started them.”

What made the difference was a program called Roll Over for Business Start-ups (ROBS), which allows qualified retirement plans, IRAs and rollover IRA money to be used to fund a business. There are strict rules for compliance, and franchise consultant Mike Welch of FranNet in Maple Gove – who worked with deNeui – refers his clients to a company that specializes in ROBS financing.

The ROBS plan has made the start-up process both faster and less stressful for deNeui, who chose the 9Round Fitness & Kickboxing franchise and has opened two locations since August, with plans for four more.

“The way loans are getting tighter and tighter, this enabled me within a couple of weeks to have all the money I needed to open two of these gyms without needing a loan,” he said. Still in his first year of operation, he noted, “It’s such a relief at night not having to worry about how am I going to make the payments, because there aren’t any.”

While conventional wisdom is that retirement funds are sacred, the ROBS concept seemed sound to deNeui: Instead of making 4-6 percent interest on the IRA money, investing in a business gave him “the potential for making double- and triple-digit percentages. It’s a gamble for anybody, but the upside potential is in favor of doing it.”

Welch said he now sees about 80 percent of his clients financing some of their investment with retirement funds. He doesn’t advise clients to cash out their entire retirement savings, or to fund their entire start-up costs that way. “If they can liquidate some retirement assets and bring 50 percent of total project costs, and only go to the bank for the other 50 percent, that’s a much better equity/cash flow position,” he said.

The start-up investment in a franchise runs from $30,000 to $1 million. “The $30,000 investment is service-based, home-based. The higher-end investment has big build-outs, lots of square footage, a lot of people, a lot of equipment,” he said.

In franchises, however, the old adage “you get what you pay for” doesn’t necessarily apply. “We have to coach people through this all the time,” Welch said. “With a more modest investment, people are apprehensive. The perception is that they can’t possibly make as much. But it just isn’t true. There is no direct correlation between how much you invest and what you can expect as a return. There are service businesses that far eclipse what any retail business will ever do.”

DeNeui still has a full-time job in corporate America. “I have survived about four substantial layoffs in seven years. Every time one of those comes around you’re thinking, ‘What would I do?’ I decided that instead of waiting, I’ll be proactive and get something lined up.”

9Round kept coming to the top of the list as deNeui and his wife did their research. With a 35-year career in retail construction, he said, “I’m familiar with retail, leases and landlords and what that encompasses start to finish. Now I’m doing the build-out myself. I’m burning up vacation time, a lot of late nights. It’s been fun. My nephew and son have helped me do the construction.”

The 9Round concept also appealed to him because “there’s no other place you can get this kind of a workout. It’s circuit training. You do nine rounds, three minutes each. In 30 minutes, you’re done. There are no class times. There’s always a trainer on staff. You get unlimited workouts for the month.”

DeNeui and his wife have already experienced at least one substantial return on their investment. “Together, we’ve lost 80 pounds. We’ve been working out and eating right. You get an online nutrition program. You’ve got to look good if you’re going to be selling gym memberships.”