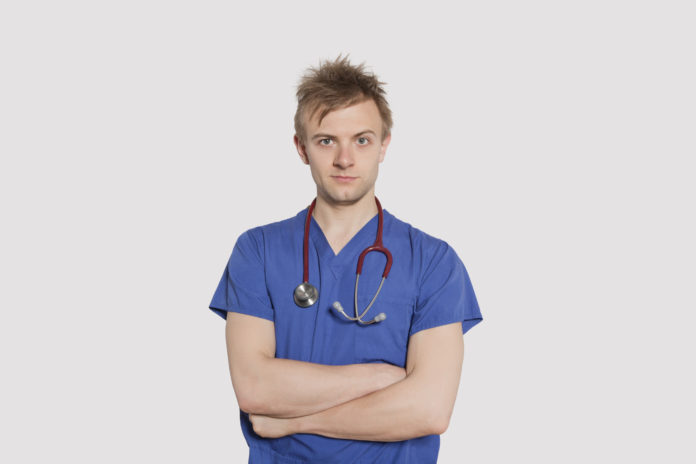 There’s been a lot written about the shortage of women in traditionally men’s jobs. Major efforts have been made to get more women into building trades, engineering and other non-traditional roles. As it turns out, there’s an equal shortage of men in traditionally women’s roles. Men rejecting women’s work may be an even bigger problem, for a number of reasons.

Unfortunately, what has traditionally been “women’s work” has also been traditionally underpaid and underappreciated. That’s certainly true for many entry-level healthcare jobs. It’s even true for jobs like elementary education that require more education and training. It’s no wonder, perhaps, that men reject women’s work.

Wife and Clients Push Back, Too

It isn’t just the money, according to economist Betsey Stevenson. Women who have become full-time wage-earners have asked their partners to step up participation in child-rearing, cleaning and other care-taking responsibilities. For some men, going into a traditional woman’s role at work would be a double whammy.

And it isn’t just the men themselves, according to an article in the New York Times, which said that “some men who might have been willing to consider lower-paid jobs in typically feminine fields encountered resistance from their wives, who urged them to keep looking.”

There can also be resistance to male caregivers from the client side, according to the New York Times article. The CEO of a home care company said, “A lot of families prefer females.” He added, “It’s sad because there’s a lot of patients who could stay at home longer if there were more males in the field. They need assistance like getting in and out of the bed, transferring to the shower – it’s a very physically demanding job.’

The even bigger problem with men rejecting women’s work is that our overall workforce participation continues to decline. It’s now below 63 percent overall. “About 20 million men between the prime working ages of 20 and 65 had no paid work in 2015, and seven million men have stopped looking altogether,” the New York Times said. That’s a problem for them, for their families and for the economy as a whole.

Maybe the service sector needs to take a cue from the traditionally male industries. They have found ways to align women’s skills and values–eye-hand coordination, planning ability, teamwork–with the requirements of manufacturing and construction.