If it’s true that wisdom comes with age, America’s colleges and universities are smarter than ever. College professors over age 65 nearly doubled from 2000 to 2010, according to The Atlantic. Professors like their jobs. Those with tenure have high levels of job security. Sixty percent of college professors plan to work past age 70.

Some colleges are resorting to pricey buyouts. However, today’s young academics can’t count on similar job security. According to The Atlantic, “in the past 40 years, the percentage of professors in full-time, tenured positions dropped by 26 percent and tenure-track positions dropped by 50 percent.”

That may be why “The job market for new Ph.D.s is ever tighter,” according to Inside Higher Education.

Overall, according to BLS data analyzed by Higher Education Employment, in 2015, “colleges and universities lost about 21,200 jobs during the third quarter compared to the same period last year. Broken out further, one-third of the positions, or 7,100 jobs, were at community colleges, despite making up only four percent of all higher education jobs.”

Earning trends for college professors are also discouraging. “Salaries of full-time faculty members are, on average, barely higher than they were in 1970,” according to the New York Times. Given that so many faculty aren’t even full-time, “the average salaries of the people who do the teaching in American higher education are actually quite a bit lower than they were in 1970.”

There is one exception in the overall post-secondary employment trends, according to the Huffington Post. “The number of non-academic administrative and professional employees at U.S. colleges and universities has more than doubled in the last 25 years, vastly outpacing the growth in the number of students or faculty, according to an analysis of federal figures.” In private, nonprofit universities, the article says, “numbers of administrators alone have doubled, while their numbers of professional employees have more than doubled.” 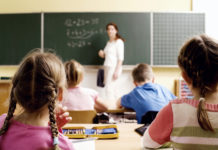 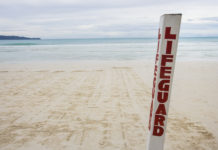