Only 18.8 percent of Americans over 65 are still working, according to a new study from the Pew Research Center. But just under that statistic there are some surprises.

And while there’s a lot of news about age discrimination, older workers lead the way in increased post-Recession employment levels.   Looking at 65-68, 70-74 and 75+, the study found that “All are working at higher rates than they did in May 2008, the only age groups about which  that can be said.” 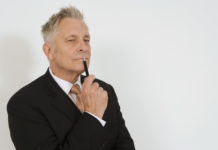