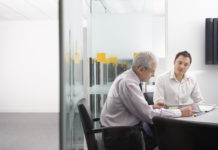 Lyle Abeln is a Driver Education Instructor for Drivers Education, Inc. in Minneapolis.

Lyle Abeln was a math teacher in the Minneapolis Public Schools before moving into administration. He retired for less than six months in 2002 before going back to work full time at St. Mary’s University as Associate Director of the school administration program.

“While I was a math teacher at Roosevelt, I was also the girls’ varsity soccer coach and taught after-school driver ed. As an administrator, I couldn’t be a coach or driver ed instructor. I thought I’d never teach driver ed again,” he said.

When he retired from St. Mary’s University in June 2014, the phone rang. Minneapolis Community Education needed a Defensive Driving instructor, which he agreed to take on. Two months later, he got a call from Drivers Education, Inc., about behind-the-wheel instruction. “I took a couple of days before I’d answer them,” Abeln said. “They convinced me ‘no more than eight hours a week.’ Now it’s become at least 14 to 18 hours a week.”

As a public school teacher, Abeln had a drivers ed licensure from the Department of Education. When he came off his 20-year hiatus, Abeln had to earn a commercial license to teach behind-the-wheel. The license required a four-hour exam and road test as well as a session with the Supervisor of the Driver Education for the Department of Public Safety. “First he was the instructor and I was the student. Then we flipped roles,” Abeln said. “Years ago when I started, classroom drivers’ ed was part of the curriculum high schools in the Twin Cities. Nowadays with all the mandated testing and prep for basic standards, they have thrown classroom driver ed out of curriculum, and students sign up after school. The only school still offering it as part of the curriculum is Patrick Henry High School.

How have students changed?

Quite often we have a student who has never worked a steering wheel. I start in a parking lot. I want to see them use hand-over-hand procedures. Thirty or forty percent are not just turning 15 – they are 17. I have some that are 20. There is a variety of reasons – they’re too busy to get their training in or they fear the road. Otherwise, as for attitude, they’re all interested in getting their license. They’re excited but nervous. I can see white knuckles sometimes.

That’s the best part of the job?

It’s fun to see students succeed. There’s two areas where white knuckles appear – roundabouts and the freeway. It’s fun to see them approach those situations. By the time they’ve done it one, two, three times, they know how to do it.

Building confidence. As a simple worker bee, you have to be 100 percent alert all the time. I came home after four hours of class one Saturday morning. I was beat. My wife said, “All you do is sit around – why are you tired?”

What makes a good behind-the-wheel instructor?

You can’t be all tensed up yourself. They will make a mistake. You can’t raise your voice or shout at them. I was working with a young man who had all the confidence in the world. We were making routine left and right turns, and he didn’t release the wheel. We were headed straight to a tree. I pushed on the brake, stopped it in time. The first thing that came out of his mouth was, “My bad.”