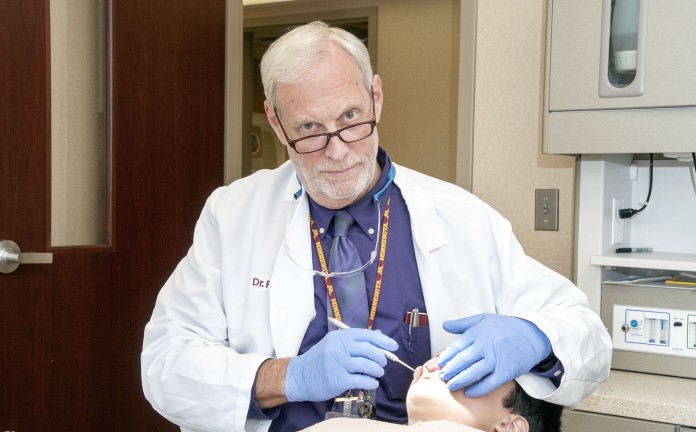 Mark Roettger is on the faculty of the University of Minnesota School of Dentistry.

As an undergraduate biology major at the University of Minnesota, Mark Roettger explored ways of combining his interests in sports and medicine. The team dentist for the Gopher football and hockey teams “took me under his wing,” Roettger said. “I helped him make mouth guards.” During his clinical year in dental school, Roettger returned to working with the Gophers.

When he established a private practice in Stillwater, sports medicine became a niche. “I was one of the few dentists doing sports dentistry,” he said. Serving on the Minnesota State High School League Sports Medicine Advisory Council led to national and international work with the Academy of Sports Dentistry.

“We want to make sure that we prevent as many injuries as we can,” Roettger said. “That’s not a really easy job to do.” Custom mouth guards have come a long way in recent decades, Roettger said. “If you ask 90 percent of people 45 or older, they would say it’s that thing you stick in boiling water, it’s bulky, it makes you gag. If you look at mouth guards that are made by dentists, they have improved immensely.”

Roettger said new studies have shown that specially designed mouth guards can actually improve performance. When cadets at The Citadel worked out with a specially designed mouth guard, “their bodies sensed a lot less stress than when they didn’t wear the mouth guard. A less stressed body can be involved in the business of what you have to do in the sport. It’s an interesting link – one we don’t know a ton about,” Roettger said.

In 2007, Roettger sold his practice to devote more time to teaching at the University of Minnesota School of Dentistry. He began as an adjunct and went full-time in 2012. “It’s a phenomenal job – what I needed to be doing all along. We’re beginning to change the way we interact with the medical college. I see more problem patients in a week than I saw in my private practice,” he said.

Roettger and his team treat transplant patients whose regimen of immunosuppressant drugs makes them more prone to gum and tooth infections. Radiation for head and neck tumors changes how the bone in the jaw heals. Cardiac infections can be seeded by oral infection. Roettger said, “There are any number of different places where we are getting ourselves into the medical school.”

Is this the final step on your career ladder?

I don’t have any plans of changing my career ever until I can’t do it well enough any more. I’m in a good place.

First we see patients who had what appeared to be impossible problems. They didn’t even know if they’d survive and now eating a hamburger is a delight. Second, when you see a resident struggling with some clinical issue and then you see the look in their eyes when they get it – the light turned on, something really has clicked. That’s a very good part of the job as well.

Do you still get to do sports dentistry?

I get to help the Athletic Medicine Department take care of athletes. I’ve liked U of M ever since I was a little kid watching Gophers play football. Every day I come walking into this clinic and can’t believe I have the opportunity to work with these great people. 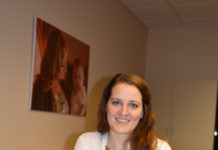 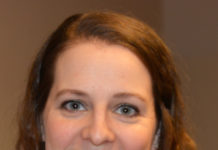