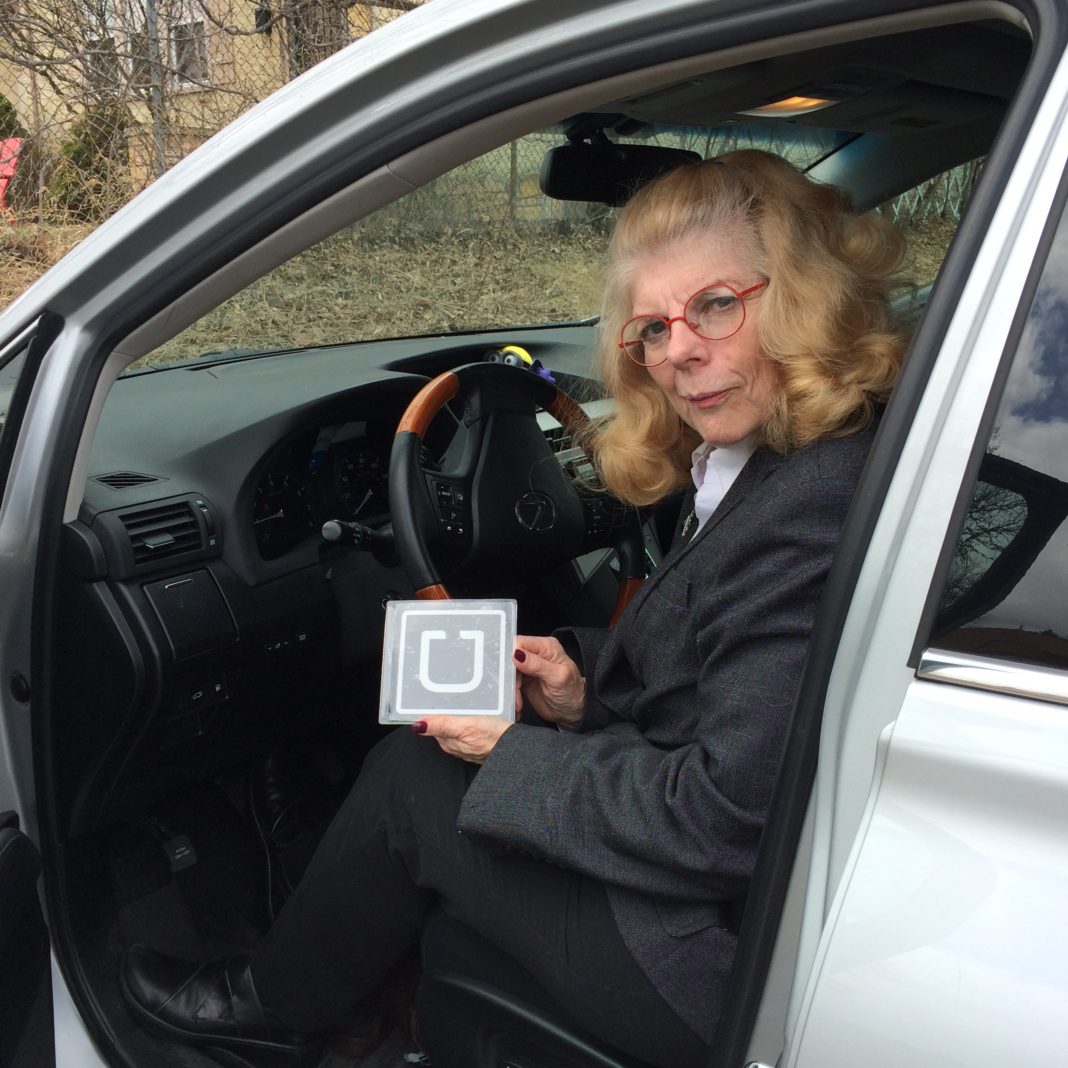 She took early retirement and then, with the encouragement of her daughter, began driving for Uber part-time in September of 2015. “It helps pay the bills and put food on the table,” she said. “I really love driving.”

When she started driving, Kennen purchased a 2011 Lexus SUV. “It was a big investment–all our cars were a lot older. Tax-wise it’s okay, because the tax guy can depreciate the cost of the vehicle. The niche group I was trying to reach was the executives and doctors who need to go to the airport. They expect that kind of vehicle to take them,” she said. She also had to invest in a new phone, since Uber requires an Android or iPhone that is 2012 or newer.

Uber required a background check, a vehicle inspection and pictures of her car. Kennen also got a business credit card and checking account because Uber pays drivers by direct deposit. Her husband helped her set up QuickBooks. “I keep very accurate records. I get receipts constantly. I keep track of everything in Excel–gas, food, repairs. Everything is right there so the tax man can itemize it–because this is your own business,” she said.

Although it’s her own business, Uber controls her pricing. Kennen started driving before the commission went from 20% to 28%, and she was grandfathered in at the lower rate. Uber has also cut basic rates, but “surge” pricing somewhat evened that out.   “What I’ve discovered is that on Monday mornings if I go out early, I can make almost as much between five and noon as I did from 9 o’clock to six o’clock,” Kennen said.

Like many people in encore careers, Kennen values the flexibility of driving for Uber.
“That was one of the big appeals,” she said. “There’s so much flexibility in terms of when I wanted to drive, what hours I wanted to put in. There aren’t a lot of jobs where you say, ‘My kid’s coming home, and I’m not going to drive while she’s home.'”

Kennen said, “I’ve met a lot of extremely interesting people. The one thing I have tried and will not do anymore is 10-to-3-o’clock bar runs. I don’t want to deal with those people. Some of them are funny and very enjoyable, but some are very ornery. Only one person was sick, sick, sick–I had to literally stop on 394.”

While some Uber drivers “dress however they dress,” Kennen said, “I tend to dress fairly professionally. I wear black slacks and a blazer and a warm sweater underneath it so I can keep the car at a 73-degree temperature. No coat. My car will be very warm and we’ll be fine. I offer little bottles of water. I don’t offer candy because I’d probably eat it. I bring little snacks–Cheerios and Parmesan puffs to eat so I’m not eating junk food all the time.”

Kennen said she always asks people if they have a preferred route or “if I should just GPS it. My theory compared to some drivers is that you’re out there to help people get from point A to point B. You may not be the happiest camper if you drove 10 miles and it’s a 5-mile fare. I go this whole broad spectrum. I’ve gone as far west as Litchfield and south to Canterbury, north to Shoreview, east to Woodbury and whatever is out that direction.”

While Kennen knows she might make more money if she targeted areas in surge pricing, or drove the bar runs, “that isn’t my goal in life,” she said. “I don’t drive weekends because that’s the only time I can spend with my husband. I do a lot of volunteering.”

The upside, she concludes, is “I really enjoy driving. My husband gets frustrated because he sees me happy with what I’m doing.”