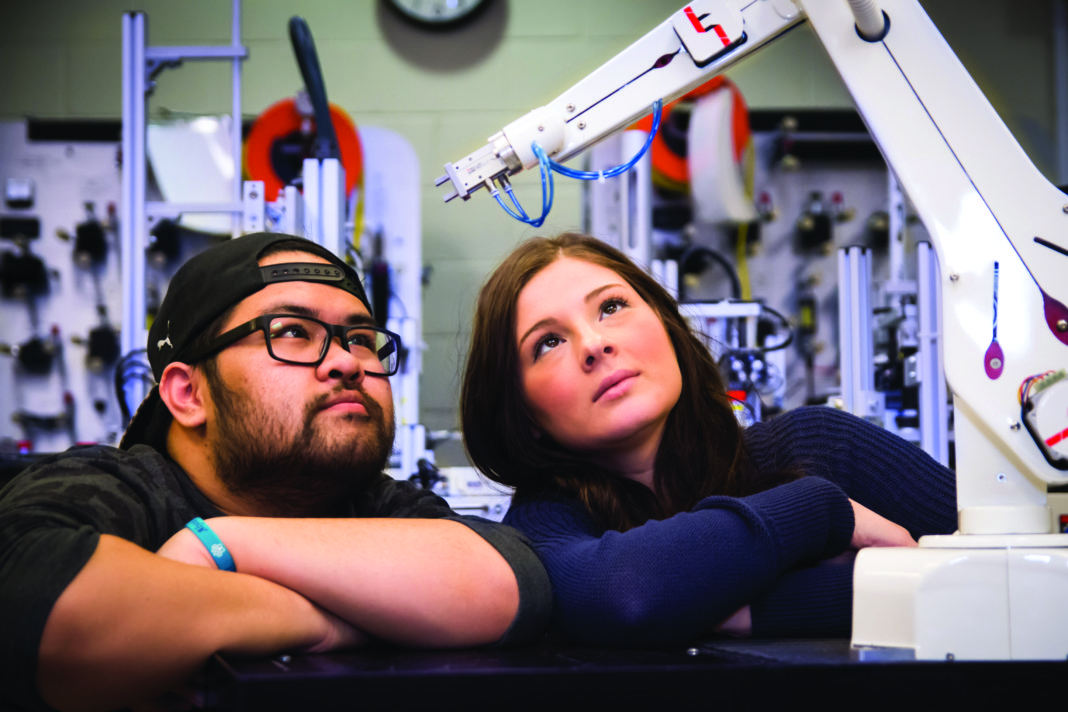 The worker shortage in manufacturing is becoming acute, according to Debra Bultnick, Statewide Apprenticeship Coordinator with LEARN, WORK, EARN. “There are just not enough people,” Butnick said. “We don’t need more jobs; we need more workers. As you have to compete, you have to do things differently.”

According to Bultnick, it’s time for manufacturers and others to re-think recruiting strategies. “Employers in manufacturing have traditionally looked at the generation that follows them as their pipeline. You can’t stop there. What about people who graduated three years ago? What about people who thought it would be great to work at a skateboard shop, and now they’ve got a family?”

For those people, as well as new high school graduates, apprenticeships can provide a pathway to good jobs, good wages and on-going opportunity.

As an apprentice, Bultnick said, “somebody learns the knowledge, skills and abilities to become proficient in a job through on-the-job training and related technical training.”

Some industries, like construction, have had apprenticeships in place for decades. It’s a newer concept in other industries, including manufacturing, healthcare, information technology and agriculture. All of those industries have apprenticeship programs in place that are supervised through the Minnesota Department of Labor and Industry.

Successful apprenticeship programs require a clear definition of the skills required to be considered proficient. The way proficiency is measured has changed in recent years. “Traditionally, it was hours-based,” Bultnick said. In other words, working a pre-determined number of hours on the job would move an employee up from apprentice to journeyworker. These days, apprenticeships are more likely to be competency-based. Workers get structured classroom training, at the job site or on a college campus, and pass skills tests developed by an accrediting organization like the National Institute for Metalworking Skills (NIMS) or the American Welding Society (AWS).

In many cases, Bultnick said, the colleges offer credit-based training so that apprentices are working toward a degree while they’re enjoying the benefits of full-time employment in their field. “We are saying, “You an get your college degree practically debt-free,” Bultnick said. Workers have to be willing to commit to some extra hours for classroom instruction, but the upside is that they can complete a two-year degree in about three and a half years., while advancing on the career and wage ladder.

More information on Learn. Work. Earn. is available from the Minnesota Advanced Manufacturing Project’s website and on the website of “Minnesota Dream It. Do It.“